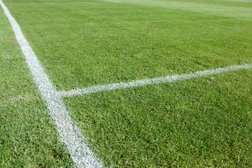 The club have made the reluctant decision to ban all children that are not accompanied by an adult.

After full time this evening an incident occurred at the entrance to the ground whereby a cIub official was threatened with physical assault. This incident happened after a group of youths in attendance at tonight's game had been asked to stop throwing objects and fighting amongst themselves during the game.

As the group of younger supporters were leaving the ground the club official was challenged by an adult male who made reference to the clubs request for the group to stop misbehaving.

Our volunteers give up their spare time to provide a safe environment for fans, old and young, to enjoy football. After an emergency meeting of the board of directors this evening the club have taken the unprecedented step to ban all U16's that are not accompanied by an adult for the forthcoming FA Cup game against Ashton Athletic on Saturday. All children must stay under the direct supervision of their accompanied adult at all times.

The club reserves the right to refuse admission.

The club will review this decision and issue a further statement in due course.